I am fortunate to be a Malaysian. I am proud of my country Malaysia

Have you met a person that he/she who do their holiday by walking from one town to another town? The only transportation that they ever take for their entire trip is the flight where they are based to the destination country and fly back to their base.  Each day need to walk at least 20- 30km. 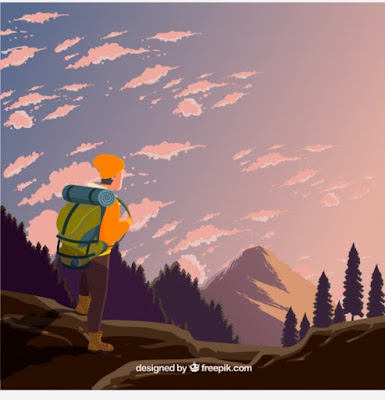 Just now I could not believe my ears of what I heard is true. I just finished a long interesting conversation with a man who literally walking from town to town for his holiday.  It is so happen that he is also overnight in Dolosmahe guest house.

You would be wondering is he that poor that he does not have monies for travel? Definitely the answer is no.  He owns a smart phone even though he only use a normal day backpack and not a good pair of trekking shoes - just a normal sport shoes.

He told me that each day he will walk at least 40Km.  I nearly “pengsan” when I heard that. 40KM if smooth traffic also I need at least 40 mins car journey.  So far it was his 1st time during this trip that he gives himself a treat by overnight in a guest house with great comfort. For the past days he overnight either in a temple, mosque or church.
Out of curiosity :-)
I did asked him when he need a roof over his head for a night in a mosque, he will informed the mosque caretaker that he is a muslim. When need to overnight in a temple, he will be a hindu or a Buddhist? In short his faith fluctuate as per his needs? He laugh. He told me that by walking he is able to see more things than using transport to move around.  Which I totally agree.

Female Solo travelling it may sound launching into “dangerous zones”.  I found out that I tense to noticed things that I have never done otherwise. When I met the locals or foreigners and I tense to open my mouth to strike out an interesting conversation.  I had the firsthand learning their cultures and their thoughts. It was fun to discovered new things.  I feel stress free cause I am not bound to anyone opinion on my schedules,  places that interest me, standards level of accommodation that I overnight.

From the conversation just now, I learned that there is a place called central of Africa.   It is a landlocked in the middle of Africa’s country.  Is is bordered by Chad , democratic republic of Congo, South Sudan and Cameroon.

Vegetation in Central of Africa
The country lies largely in the savana zone of Africa.  The northern part is treeless, whereas the southern portion of the country contains dense tropical rainforest, particularly along the Ubangi and Sangha rivers. A wide range of vegetation can be found in the Savannas  from scrubby, drought and fire-resistant trees and shrubs to more luxuriant gallery forest near rivers and streams
source

Healthcare in Central of Africa
It is the one of the poorest country in the world in terms of economic and also healthcare. Life expectancy is 53 only. Malaria is endemic in Central of Africa. This man whom I talked to was 3 times strike with Malaria. My jaws drop when I heard  that.  He said each time his body will produce antibodies as an immunization of that particular type of Malaria. All this while I thought that Malaria is fatal. In actual fact it is only life-threatening on some type.

Four kinds of malaria parasites infect humans: Plasmodium falciparum, P. vivax, P. ovale, and P. malariae.  They are found in different parts of the world. Some cause a more severe type of malaria than others.
In addition, P. knowlesi, a type of malaria that infects macaques in Southeast Asia, also infects humans, causing malaria that is transmitted from animal to human (“zoonotic” malaria). P. falciparum is the type of malaria that is most likely to result in severe infections and if not promptly treated, may lead to death. In some places, malaria can be treated and controlled with early diagnosis. However, some countries lack the resources to do this effectively.
source

Central of Africa is a war country.
Is a no peace country. It has unstable since independence from France in year 1960. It is a constantly war happening country. During the same period of time they could be another simultaneous war happening.  In short this country is non stop war.  Civil war started in year 2012 and till present.

The unsatisfied group of people there still have not comes to a peace term. Much of it is the tension related to religious identities between the Muslim and christian.  During war it is the innocent people that suffers the most.  They are either kill by bullet, bomb got badly wounded.  Never can denied that during war sexual violence on the innocents girls and female are been target for war weapon.
Aids is arising due to that.

Infrastructure in Central of Africa
In the country that are constantly having war, in fact they can have another simultaneous war in the same time.  What can you expect of any development in road system, telephone system, internet , postal system, transportation system  and media?
This new friend told me that when he need to communicate with the outside world when he was at Central of Africa, he need to locate and stand at that one little spot where there is very strong signal.  Hahahahh for this I can imagine it is very comical  but it is very stressful when the person is you yourself.

This new friend is actually a native Sri Lankan.  He studied abroad on Emergency Care to pave his career for pre hospital emergency medical care. He could not secured a job in Sri Lanka, due to the ambulance service the most they have is emergency medical technician and there they don’t have the highest level of pre hospital emergency care profession - paramedic.  Due to the demand of skillful paramedic personnel in Africa therefore he is being employed with a NGO in Central of Africa.  I never know of such if ever I don’t get the 1st hand news from a local sri lankan.

He told me his real live experience of inconvenience due to Central of Africa is unrest, besides having curfew, banks are also scarce. It is only found in the city.  So is norm that he need carry loads of monies in a bag during pay check day to pay staff salary.

From the conversation with him, I got to know that ambulance service in Sri Lanka is undergoing a transformation from simple transportation vehicle for sick patient equipped with no medical/personnel to provide the “golden hour” pre-hospital medical care.

There is once he undergone paramedic short course by St John Ambulance of Malaysia.  He speaks highly of the proper procedures that is of high international standard practice pre-hospital care in Malaysia.  I agreed with that cause from my experience of St John Ambulance I saw with my own eyes how compassion, skillful , tactful, good communication skills in handling my late mother who was in great pain to transport her to the hospital.
I told him that my country Malaysia even though is only a small dot in the world map, we have world class international standard healthcare.     My country Malaysia won the number one spot in the International Medical Travel Journal’s award for health and medical tourism destination in year 2015 and 2016.  We also won the world’s best hospital for medical tourist 2018.

I am really proud to be a Malaysian.   I am truly glad that I belongs to Malaysia.. 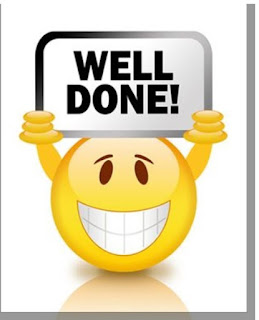 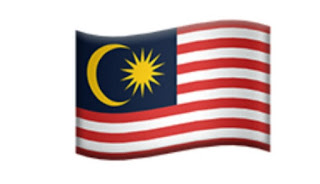